‘’Men trust their ears less than their eyes’’

A brief introduction in Thucydides

Thucydides was an Athenian historian, and General.  Thucydides was a good historian, because he was around where and when the peloponnesian war took place. He also (according to his History of the peloponnesian war) helped fight in it.  Thucydides Is considered a very important Athenian, he even survived the Athenian plague, which killed Pericles. Thucydides has had a big impact on greek History, Because he Recorded some very important times.

Thucydides Video on his writing of the Peloponnesian War 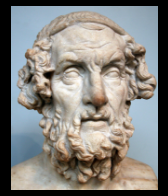 Thucydides, unlike Herodotus, wrote about his own time. He  relied on his own experiences. Unfortunately,  not much is known about Thucydides,  however, there are a few key factors about him, that have been discovered. Here are some: Olorus was his father, his family was  from Thrace, northern Greece, He was born in Halimos, and He was given control over a fleet, but was later exiled for failing to reach the city of Amphipolis, before the Spartans captured it. During his 20 year exile, he worked on his history, collecting information, and writing. He died in 404 B.C.

He owned gold mines in Thrace that financed his historical work. When he was old he joined the army and became squadron leader.  Thucydides wrote books about the persian war and they were divided into 8 books. He also survived the athenian plague which wiped out pericles. Thucydides wrote about his own time rather than Herodotus who wrote about different times.